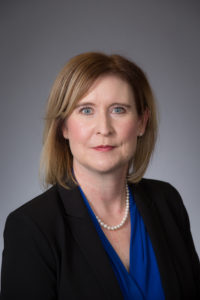 She leads all marketing and communications, as well as all community impact programs and initiatives for the university. In addition to oversight of the Marketing and Communications Department, Ballabina oversees the Division for Academic and Strategic Collaborations, which includes Undergraduate Recruitment and Admissions, Economic Development and Community Impact, Global Engagement, Leadership and Engagement, Campus and Community Sustainability Initiatives, as well as cultural and arts focused units that enrich the campus and community.

From 2018 to 2021, Ballabina served as deputy vice chancellor and chief operating officer for Texas A&M AgriLife and associate deputy dean for administration for the College of Agriculture & Life Sciences. In these roles, she led initiatives for improved organizational effectiveness within the college and provided oversight for AgriLife professional services divisions.

Ballabina was named a Regents Fellow by The Texas A&M University System in 2014 and has received the Superior Service Award from AgriLife Extension four times. Tarleton State University’s College of Agriculture and Natural Resources has recognized her as a distinguished alumna.