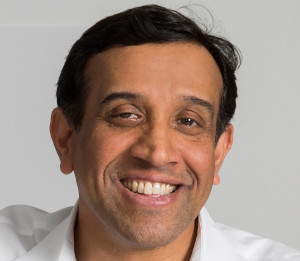 Suresh Pillai is the Professor and Texas A&M AgriLife Research Faculty Fellow of Molecular Microbiology. He is also the Director of Texas A&M University’s National Center for Electron Beam Research. He holds a joint faculty appointment in the Departments of Food Science and Technology and Department of Poultry Science. He is a member of the Graduate Faculties of Food Science & Technology, Toxicology, Veterinary Pathobiology, and the Water Program.

His molecular microbiology research focuses on the molecular ecology of microorganisms in natural and man-made ecosystems. His research spans microbial detection, microbial characterization, and decontamination of pathogens in a variety of ecosystems such as aquifers, surface water, irrigation waters, constructed wetlands, drinking water and wastewater treatment plants. Currently, as Director of the National Center for Electron Beam Research his focus is on commercializing electron beam technologies globally for cleaning, healing, feeding and shaping this world and beyond. His current research is focused on harnessing eBeam technology for a wide variety of applications. His research and commercialization activities are aimed at advancing electron beam technology for environmental remediation, development of novel therapeutics, food quality/safety/security, and for novel polymers for applications on earth and for the US space program.

His bachelor’s degree was in Botany and his master’s was in Industrial Microbiology. He obtained his Ph.D. from the University of Arizona in Microbiology & Immunology. In 2018, he was awarded an honorary doctorate from Peru’s Universidad Nacional del Altiplano (UNAP). He served as the Chair of the Texas A&M University Professional Program in Biotechnology from 2004-2010 and from 2000 -2005, he served as the Associate Director of the Institute of Food Science & Engineering at Texas A&M University. He is a Fellow of the International Forum on Industrial Processes and has served on the FDA’s Science Advisory Board for the National Center for Toxicological Research and the Foundation for Food & Agricultural Research.